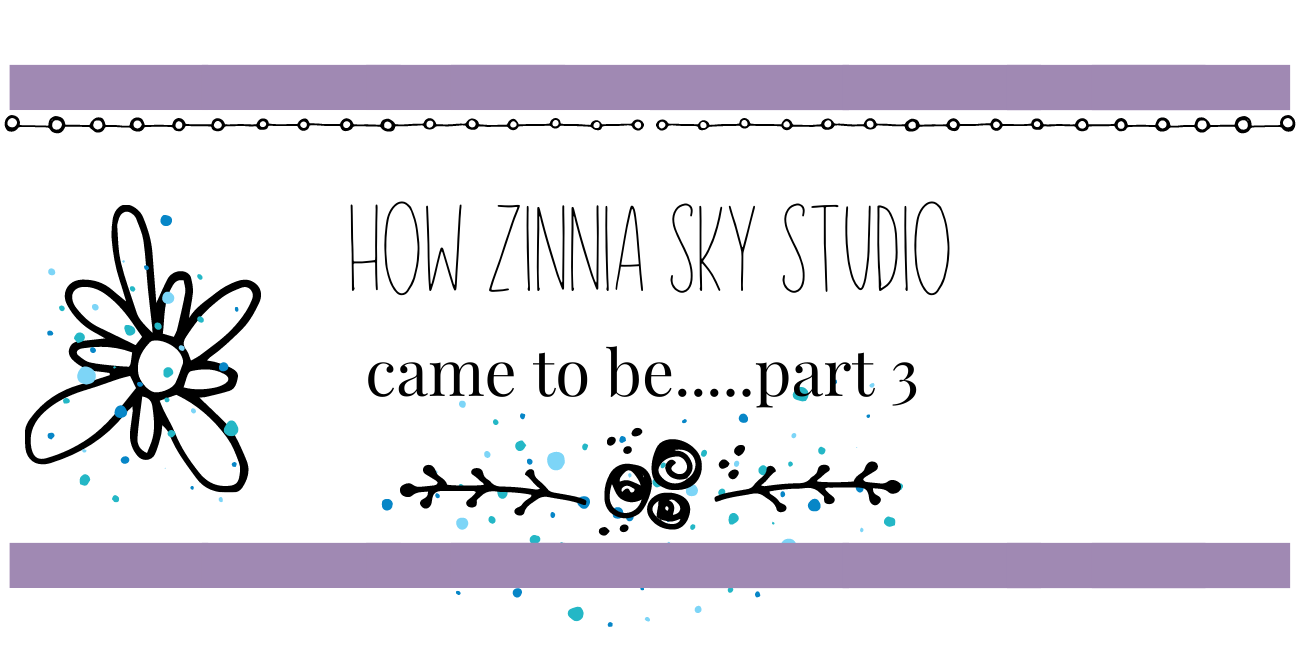 Have you ever wondered how a business came to be?  I don’t think I ever thought about how that happened until I realized I’d actually started one.  I had always worked for someone else – except those 8 years that I ran a day care in my home. Oh wait, I still worked for someone else, a whole LOT of someone elses!  After selling my art for a while, I had a business – one that I couldn’t wait to get to each and every day.  But now I had some work to do on that business!

At the start of 2021, I thought it would be fun to write about how Zinnia Sky Studio came to be.  So I started writing about it.  If you haven’t read them already, you might want to go back and start with the first two blog posts.  Here are the links to make it super easy to get to them:

About Zinnia Sky Studio and how it came to be

How Zinnia Sky Studio came to be – part 2

What comes next for a new business?

Now that I’d come to Arizona, finally admitted to being an artist, created some art, formed a business, and started selling my art, it was time to figure out how to keep it all rolling in the same direction.  I still had major doubts in my mind that this business was a real thing. But what the heck, I decided to treat it as if it might eventually become something.  So I went about doing ‘business’ things.  I got a business license.  I settled into my studio, no longer thinking I’d convert it back to a living room.  I googled marketing.  Oh boy, I had a lot to learn.

As I started learning about marketing – something that had always intrigued me but I’d not had the opportunity to actually work at, I figured out that I would need actual products to sell.  Whereas so far I had just painted whatever I wanted, carefully framed it and sold it to whoever fell in love with it, it appeared that there should be some direction to how that should actually go.

Why not go in the direction I’d already been going?

Now this is a part you may not be surprised to hear – I used to make all my own cards.  Back when I was home with kids and had some perceived time on my hands, I would sit down with my card list and proceed to hand make each and every Christmas card. Then as the kids grew up and joined every conceivable activity there was, my perceived time became a lost illusion and the card making stopped.

The first kid left the nest to join the military.  I wrote to him every day and sent him silly jokes. I thought he was probably missing my mom jokes; turned out he wasn’t.  But once he was out of basic training, I sent him a phone and we talked instead of writing.  Then the second one left but took a traveling job so there was no where to send him silly jokes.  Besides, he always rolled his eyes at my mom jokes even though deep down I know he laughed.

And then the third one left for college a couple hours away.  Despite the fact I had done this leaving thing a couple times before and thought I was good at it, I wasn’t.  She was very busy with her new life and didn’t have a lot of time to talk to her mom so much anymore.  But I still wanted to talk to her so I made her little cards.  And put those cute little mom sayings on them.  I filled them with glitter and flowers and lots of color.  Without realizing it until much later, that was the very beginning of Zinnia Sky Studio’s card

And by the way, the fourth one stayed home a little longer than the others so she had me all to herself as her personal artist.  She’s a talented artist herself but is still in that denial stage.  She’s also the one who encouraged me to take up watercolors even though I’d painted with acrylics for forever.  She’s the one who suggested I do a calendar.  And she’s also the one you may see on occasion working with me at a show.

As my art continued to evolve and I was struggling to keep up with the demand for original work, I printed a few cards from my favorite designs and tossed them on my table at the markets.  I noticed that as people stopped at my booth, almost every one of them touched or asked about the cards.  And just like that, my direction became crystal clear!

Now with a vision, it was easy to start building a stock of cards to sell.  And six years later, I’m still happily heading in that same direction.  Someone once asked me if I just woke up one day and decided to be a card artist.  Without even having to think about it, my answer was YES!  Once things fell into place, I realized that I was a card artist.  All I want to do is create cards.  I have no greater ambition than to simply be the best Card Artist I can ever be.