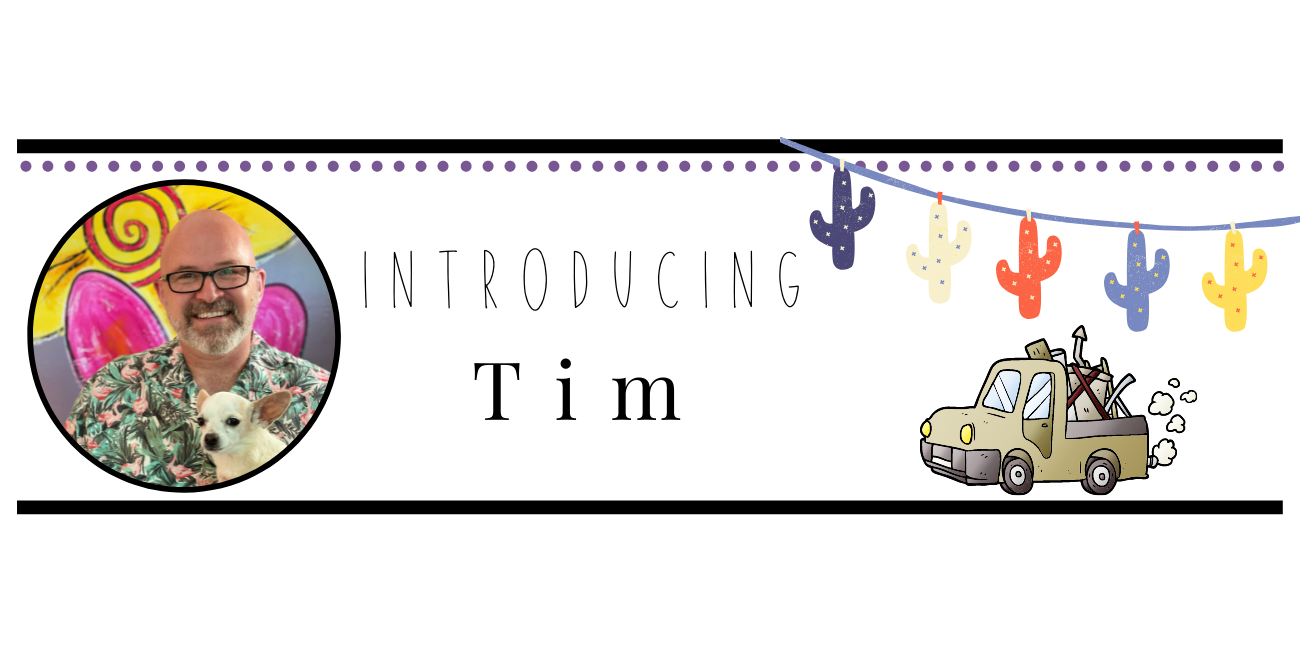 If you’ve met us at a show, you’ve probably met Tim.  But he’s the kind of guy that you don’t mind meeting again and again.  Tim is the quiet partner behind Zinnia Sky Studio and it’s time to drag him out into the open.  If you heard the kicking and screaming, don’t worry, he’s fine.

What did he do?

Not only could he find them, he knows how to use them.  His current work in progress and favorite vehicle is a 1957 Ford F100 that he’s modified to be perfect for him.  He believes that I should have multiple vehicles with the caveat that they be old enough that he can work on them.  So my market vehicle is a 1999 Jeep Cherokee which I love and my running errands car is a 2004 Mini Cooper that I adore.  There’s a longer story to the Mini, but I’ll leave that for another time.

So what does he do now?

From the beginning Tim has been an important part of Zinnia Sky Studio.  He makes displays, sets up tents and tears them back down again, carries heavy things back and forth and back again and listens to my millions of ideas.  But most importantly, he’s always been my anchor.  We joke that I’m the race car running circles and he’s the train keeping on the straight track.

As Zinnia Sky Studio has grown, thanks to YOU, it was more and more obvious that Tim was going to get to do more.  Can you see the thrill on his face?  So while parts are still a part of Tim’s life, he’s spending more time in the studio than the shop now and I’m pretty sure he’s loving it!

He still does all the things he did before but now he’s packing your orders and making sure they fly out the door.  He does all the annoying paperwork I left to the last minute.  He has all the cards lined up in order and looking great in the warehouse.  He more than occasionally cooks dinner and is on dog duty a lot.  And best of all…. you’ll be seeing him hanging out with me more than ever before.

We needed to update our picture so we headed out with the selfie stick.  Here are some of the outtakes of the 352 pictures we took to get the one we settled on.  For now.