It’s August…does anything even happen in August? 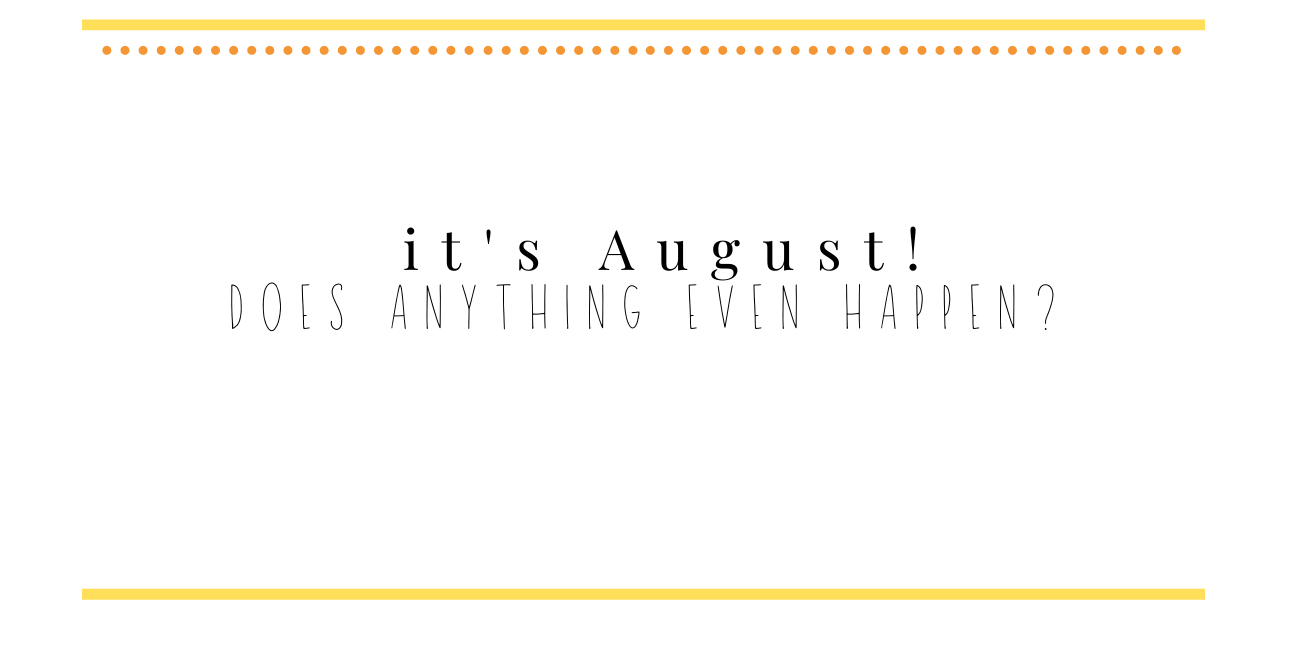 August, the end of summer.  Or is it?

August.  The end of summer and yet not quite. Here we are in August, where summer lingers and there’s still time to enjoy a few more weeks of warmth.  The sweetest part of summer has come and gone and fall is on the horizon. The nights are starting to cool down and one day very soon, you’ll feel the air shift and know that while it might still be warm, there’s a coolness just underneath the heat.

Wait, that’s not applicable to the desert.  Let me rewrite that in desert speak.

August.  Nowhere near the end of summer, not quite yet.  Here we are in week 83 of summer lingering on, still a little too hot to enjoy the outdoors for very long.  Fall is a distant dream on the horizon. The nights are almost as hot as the day, just without the blazing heat source and the only shift in the air is from desert breeze to dust devil.  And as for coolness, well the only place it comes from is that amazing, best invention ever –  the air conditioner! 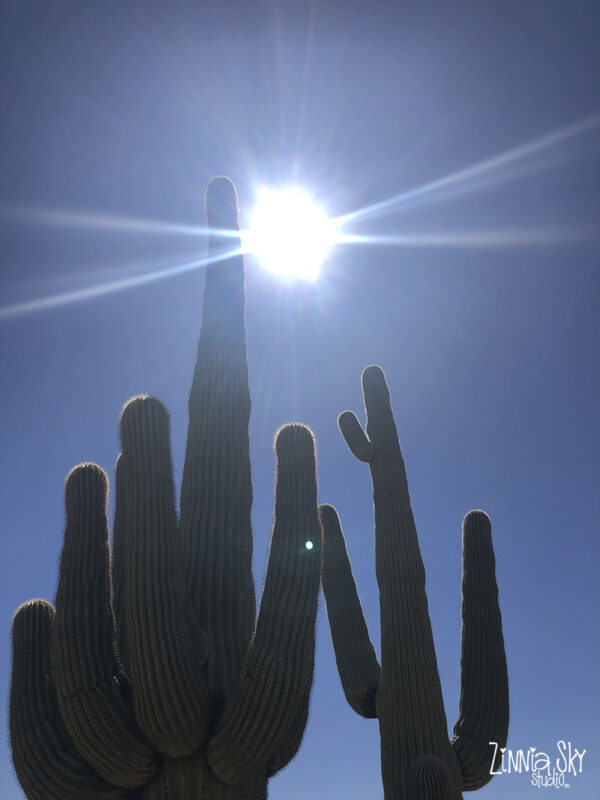 The hot August sun blazing over saguaro cacti in my backyard.

Or maybe not.  Summer in the desert does seem to drag on for an extraordinary amount of time.  Summer here is from April until October with varying degrees of hot.  As with anywhere, the beginning and end are accompanied with cool nights and the very best mornings. A time when the heat is just an inconvenience in the afternoon and the rest of the day is fabulous.  But then real summer sets in.

Real summer starts the day with a blow torch and ends on hair dryer mode.  And just like winter in other parts of the country, we’re soon confined to the house more than we’d prefer.  The first few weeks are ok, we can catch up on those inside things we’ve neglected while we were busy enjoying the rest of the year outside.  And then we enter week 83, such as we are now, and cabin fever is a real thing.  The sun seems to start the day high in the sky and hang there until sunset.  Even the little critters run from shady spot to shady spot on tippy toes so as not to burn their tiny feet.  If there is water to be found, you can be sure it’s a busy place.  By this time though, we can count the weeks to that morning when we too can feel the shift in the air knowing cooler evenings and beautiful mornings are on our horizon.

So what’s going on in the desert?

August is normally when monsoon is in high gear, building clouds and drenching the ground.  Unfortunately, the last couple of years have not been very active.  We’ve gotten the bare minimum of rain and few cloudy days in comparison.  So instead we endure what feels like endless summer with the added bonus of humidity.  But that is a topic for meteorologists, which I am not.

You would think with all the misery I just described, the desert would be shut down until better conditions are met.  But no, the desert is an incredibly spectacular place and the plants, birds and animals that live here take it in stride.  Each day as I wander my yard to check on things, I’m amazed at what I see.  Lizards zipping for shelter, rabbits lounging in the divets they’ve dug for cooler ground, squirrels bouncing across the ground with their mouths full of seeds for the upcoming winter and birds everywhere.  The desert is never silent but it does get very quiet in the afternoon.  When the sun is at its highest point and the heat has blown out the top of the thermometer, the desert gets very still.  Most of the wildlife find a shady spot and rest until the sun hangs lower in the sky and they can venture out again.

Really, it’s still beautiful, but look fast so you don’t get sunburnt!

Despite the relentless heat and lack of rain, the desert is still incredibly beautiful.  A little dusty, a little sunburnt and a lot of hot, but it’s there.  There is beauty in the plants that can go 360 days of the year under an intense sun without rain and still stand tall.  There is beauty in the birds and animals that are so creative in building their lives – thanks in many parts to us humans who provide some unintentional luxuries for them – in such a harsh landscape.  They build homes and families and go about every day like it’s the best day.  But the beauty really shines through at sunset.  At sunset we can all venture back out into the great outdoors to soak up those last rays of the day.  And it is so worth the wait. 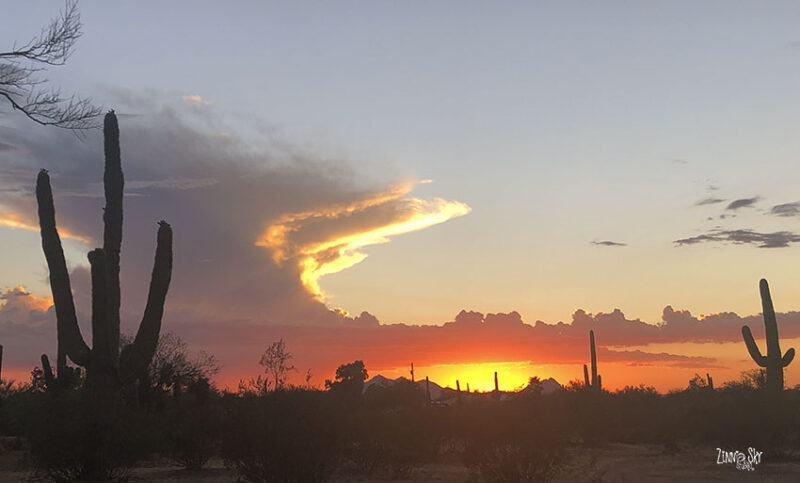 August in the desert.

August is on the other side of the middle of summer for us.  May, June and part of July are considered dry summer – it’s hot and little to no chance of seeing rain during these months.  But they start with the best mornings of the year for those of us who love the heat.  Sometime in September, those days start to wander back into our weeks and by the end of October, we’re pulling out the sweaters for part of the day.  But for now, it’s August.  It’s hot.  Summer feels like forever.  And we’re getting a little weary of the heat.  But as with the middle of winter elsewhere, its temporary and worth the struggle because soon, we’ll be back outside most of the day enjoying the best of the desert days and thinking about how lucky we are to live here.  We just have to make it through August.